There are numerous renowned and successful companies with Greek names all over the world, most of them being European and American companies.

You might recognize the names of certain  companies as references to Greek heroes or persons from the Greek mythology, such as Amazon or Nike, but you might not have noticed references to mythology in many other familiar companies’ names.

Here is a list of companies with Greek Names:

Amazon launched in 1995 and is one of the country’s largest booksellers and one of its most powerful online retail companies. In Greek mythology, the Amazons were a race of powerful women warriors trained in archery and combat. There are tales of hundreds of individual Amazons in Greek mythology.

Atlas – The Titan Atlas was doomed to support the heavens on his shoulders. The name Atlas is used by a modern moving company (Atlas Van Lines). Also, Atlas Travel is a popular name for travel agencies all over the globe. Other companies with Atlas in their brand names are Atlas Railroad Company, Atlas Snowshoes, Atlas Games.

Amphion – Amphion is the son of Zeus and the nymph Antiope, the queen of Thebes. Amphion of Finland produces premium grade loudspeakers. Amphion Medical Solutions provides medical record transcription and coding to the health care industry.

Antheia – A goddess from the island of Crete, Antheia was the goddess of vegetations, lowlands, marshlands, gardens, blossoms, the budding earth and human love. There is an Antheia Flowers, an Antheia Ballroom, and even an Antheia Hotel.

Ares – the Greek god of war has become a popular car model. As well, Ares is a free open source file sharing program that enables users to share any digital file. There is an Ares Lighting Systems and even an Ares Cuisine Supply company.

Argos Panoptes was an all-seeing giant with a hundred eyes. Many businesses and companies use this god as their name. Argos Data Collection System oversees global satellite coverage for environmental data collection. Its numerous satellites and data collection platforms echo Argos’ hundred eyes.

Delphi – Sanctuary to Apollo and home to his famous Oracles; Delphi Forums is an on-line meeting place to promote discussions and to find answers. Delphi is also the name of an international Automotive Group. Delphi Group specializes in global warming and Delphi Energy is into oil and natural gas 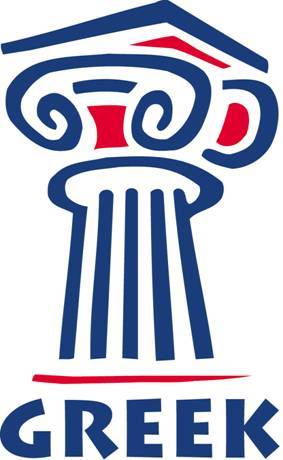 Echo – She was the beautiful nymph who fell in love with Narcissus, but he ignored her until she pined away and only an echo of her voice remained. Echo Power Equipment, E.C.H.O. (European Commission Humanitarian Organization) and Echo Digital Audio are some examples of use today. You will find community newspapers called the Echo all over.

Elysium – The dwelling place of the blessed, where those chosen by the gods live. There are the Elysium Gardens, Elysium Digital Design, Elysium Hotel on the island of Mykonos, Elysium Wealth Management and Elysium Hair Salon.

Europa – A beautiful maiden seduced by Zeus when he took the form of a white bull. Europa is the official web site of the European Union. There’s a Europa Nightclub, Europa Hotel in Belfast, and Europa Worldwide Logistics. Not to mention Europe as a continent anyway.

Charon – Boatman who ferries the souls of the dead to the Underworld; Charon Internet and Charon Productions are two more modern uses. .

Helicon – A woody mountain in Boeotia, Greece, dedicated to the Muses. Helicon Software, Helicon Tech, Helicon Properties, Helicon Records and Helicon Publishing are some of the modern derivations.

Hercules – Roman name for Heracles, the greatest Greek hero; the company called Hercules makes a top-selling video graphics card (their slogan is Legendary Strength, Quality and Performance); there is also the Hercules transport plane, used by the United States Air Force to carry large volumes of war material and food; Hercules Incorporated is a maker of chemicals and allied products.

Hyperion – Titan whose name means “he who goes before the sun”; Hyperion is a company that specializes in “business analysis software.” Also the name of a book publishing company. Hyperion Records, Hyperion Power and Hyperion Sound Design also take their name from this Titan.

Midas –Nike has become such a household name for athletic equipment that some people will be surprised to learn that the word comes from Greek mythology.

Minos – the King of Crete has given his name to numerous companies, such as Minos Consulting, Minos Medical Home, Minos EMI and so on.

Nike was the goddess of victory, an appropriate namesake for a sports brand. In Greek illustrations of the goddess Nike she is often holding a palm branch, a symbol of victory. Nike was one of Styx’s four children. King with the golden touch, who transformed all he touched to gold; a famous muffler and brake chain of service stations. Midas Consoles makes live audio mixing consoles.

Olympic: With references to Olympia and the Olympic Games you can find Olympic Air, Olympic Travel Agency, Olympic Case Company,Olympic Packaging Company and many many more.

Pandora is the Greek goddess best known for opening a box (pithos) full of evil spirits and freeing them to cause misery to mankind. The box also contained hope (Elpis). Pandora Radio (Pandora.com) invites users to type in a song or artist they like and then enjoy a radio station tailored to their interests. This use of the name Pandora is playful and ironic because Pandora radio will open a new world of music, rather than evils, for its users

Selene – The mythological moon goddess. The Selene Team’s goal is “to land a remote-controlled lunar rover on the Moon which must then travel a minimum of 500 meters over the lunar surface, while at the same time, sending high-definition images and video as well as other data back to Earth.” Selene Furniture sells fine Italian office furnishings.

Parthenon – The temple of Athena, built on the Acropolis of Athens;there is Parthenon Software, Parthenon Insurance Company, Parthenon Travel Agency and so on.

Pegasus – Winged horse that was born from Medusa’s head when she was killed; Pegasus Expedite Company is a national delivery/courier service; Pegasus Satellite Systems is a provider of satellite entertainment services. The winged horse motif is used by dozens of companies.

Phoenix – A mythical and one-of-a-kind bird that burns on a funeral pyre after a life of hundreds of years, only to be re-born from the ashes; also the name of a national photographic technology company. You’ll find Phoenix Technologies, Phoenix Suns basketball team, and even NASA’s Phoenix Mars Lander.

Poseidon – God of the Sea and brother of Zeus; Poseidon Travel is a common travel agency name; Poseidon Seafood is a national brand of seafood products. Neptune, the Roman version, is often also used by companies, as in Neptune Fresh Lobster Co.

Prometheus – The Titan who stole fire from Olympus and whom Zeus sentenced to be chained to a rock and daily an eagle would feast on his liver. Prometheus Company, Prometheus Energy, Prometheus Books, Prometheus Real Estate, and more.

Odyssey – The 10-year sea voyage endured by the Trojan War hero, Odysseus, as he sought to return home to Ithica; Odyssey Travel is a well-known travel agency; Odyssey Records is a record company; there’s even an Odyssey Golf Club company, Odyssey BMX, Honda Odyssey and more.

Olympus – Mt Olympus was the home of the Olympian gods. The mountain exists and it is the highest mountain in Greece (2,918 m). Olympus is the name of a well-known company that produces cameras and equipment for photographers. Also, Olympic Airlines is another variation of the name.

Spartan – Greek warrior state, devoted to discipline and the martial arts; Spartan Corporation is a financial advisory company; also, Spartan Tool & Die is a national manufacturer and supplier to the auto industry; Spartan Nutritional Products is a maker and distributor of health supplements. Spartan Scientific, Spartan Stores and Spartan Motors use the name.

Trojan – Inhabitants of the mighty city of Troia that was destroyed by the Greeks during the Trojan War, after a siege of ten years. Today Trojan is an international manufacturer of condoms and birth control products. The name Trojan is also used by Trojan Records and Trojan Tire.

3 thoughts on “Companies with Greek Names”

Scroll back to top
We use cookies to ensure that we give you the best experience on our website. If you continue to use this site we will assume that you are happy with it.ContinueRead more